Over the past decade, crowdfunding has exploded onto the scene forever, changing the way startups, nonprofits, and families in need gather funding. Accompanying this explosion are some myths about crowdfunding that perpetuate poor practices that lead to dismal results.

When would-be crowdfunders follow the myths, they get dismal results. This doesn’t mean that crowdfunding doesn’t work. It means that you must follow best practices to get the best results.

As one who spent 25 years in finance, before launching my second career as a journalist, author, and speaker, I have a natural bias toward the financial aspects of the things I cover. I focus on the world of social impact or, in simpler terms, of doing good. I write about social entrepreneurship, impact investing, corporate social responsibility, philanthropy, and nonprofits. One common thread that connects all of these areas is the advent of crowdfunding.

Investment crowdfunding, or equity crowdfunding, is an exciting new structure for startup finance that grew out of the intersection of technology and startup finance. It took a decade for the regulatory wheels to catch up with the power of the internet, but now it has. I look at this field through the lens of my past life, as an investment banker, serving startups trying to raise capital. These are halcyon days for entrepreneurs.

But not for those who believe the myths and fail to embrace best practices. Here are the three biggest myths in crowdfunding.

First, is the persistent myth that if you put up a crowdfunding page people will automatically find it and fund it. The most successful crowdfunding campaigns perpetuate this myth because of their carefully crafted marketing that appears entirely organic. That isn’t how

these campaigns work. Whether you are campaigning for an exciting new technology, a nonprofit cause, or a family in crisis, putting up a crowdfunding page on Kickstarter, Crowdrise, or GoFundMe won’t start money coming in.

The second myth of crowdfunding is that all the money is raised via social media, primarily Facebook. There is no question that some money is raised that way, but most funding can be tied to two other more important sources. More about them later. Much of the money raised for successful campaigns via social media is not from viral sharing but instead from paid advertising. For some nonprofits, that is simply out of the question. The same holds true for most families dealing with a life-altering problem.

The third myth is that you make a profit when you have a successful crowdfunding campaign. There is an increasing crowdfunding carnage from successful campaigns that have failed to deliver the goods. Literally. Typically, this is not a result of bad faith but bad math. If you sell 1,000 units for $100 each and raise $100,000, nearly 10 percent or $10,000 of the total will go to pay costs associated with the platform and the credit card processing. If you plan to manufacture your new gadget for $50 per unit, that eats up $50,000. Add the cost of shipping, and you can lose another $10,000. What happens when the cost of manufacturing goes from $50 to $100? Suddenly, you don’t have enough money to meet the obligation. In a best-case scenario, you return the money. Worst case, the money is gone and you have 1,000 unhappy customers.

Most campaigns can’t and won’t raise millions of dollars. Even raising $100,000 via crowdfunding is difficult. By focusing on the following tips, you can be assured of meeting reasonable goals and finding a measure of success.

First, you want to focus on reaching your personal network in the most personal way possible. Sit down face-to-face with people who can make big donations and ask them to do so. Just a handful of such meetings — before you launch your campaign — can make a big difference. Then, call your closest friends, the ones most likely to donate, and ask them to support you. Phone calls ensure that nothing gets stuck behind a spam filter or lost in the noise. Finally, email the rest of your close friends, maybe another 100 or 150 people you know well and who know you well. Do all of this before you launch your campaign so when you do, you immediately have a pile of money and great validation for your campaign.

Second, you need to reach out to the media. For most campaigns, your highest target should be local television — nothing beats the power of being on television. Next, work on radio and print journalists. Don’t forget bloggers. Many have huge audiences. Be strategic to find people who cover your space and give them a specific, compelling reason to cover your campaign. Reach out at least twice, once before and once after you launch your campaign with huge initial success.

Once you launch your campaign, you can and should use social media and encourage your network to help you share, especially the news coverage.

Using these principles, I’ve seen and helped nonprofits raise millions of dollars. For instance, I coached a church on a $300,000 successful campaign to restore an organ. For years, I volunteered with the Community Foundation of Utah to help with its annual Love Utah Give Utah day of giving, raising millions of dollars for nonprofits in the state.

I’m excited about crowdfunding, not because it is an easy way to raise money, but because it is almost always possible to raise money if you do it right. For so many people in so many circumstances, it may be the only money available. That’s why I’ve written the book, Crowdfunding for Social Good, to help people raise the money they need to do good.

Recently, I’ve created a companion workbook and an online training course to go with the book, incorporating the lessons I’ve learned over years of covering and doing crowdfunding.

Ultimately, I hope my legacy includes having helped thousands of organizations to help millions of people with money they raised, using the principles I teach to help people be more effective with crowdfunding. 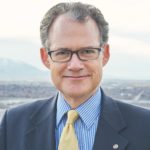 Devin Thorpe is a journalist, author and speaker who covers social impact. He calls himself a champion of social good. He teaches people how to use crowdfunding to do more good in the world. Visit Devin’s site crowdfundingforsocialgood.com for more information about resources to equip your fundraising, including nonprofit crowdfunding training. 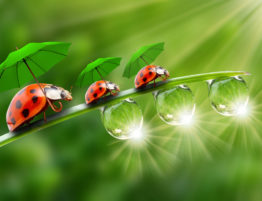 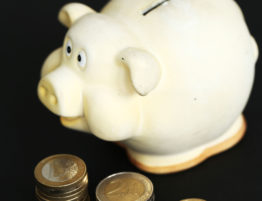 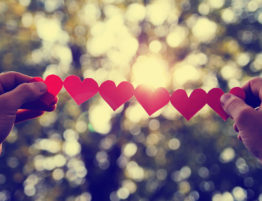 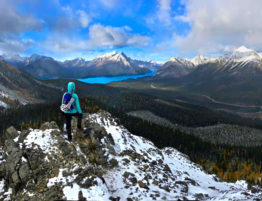