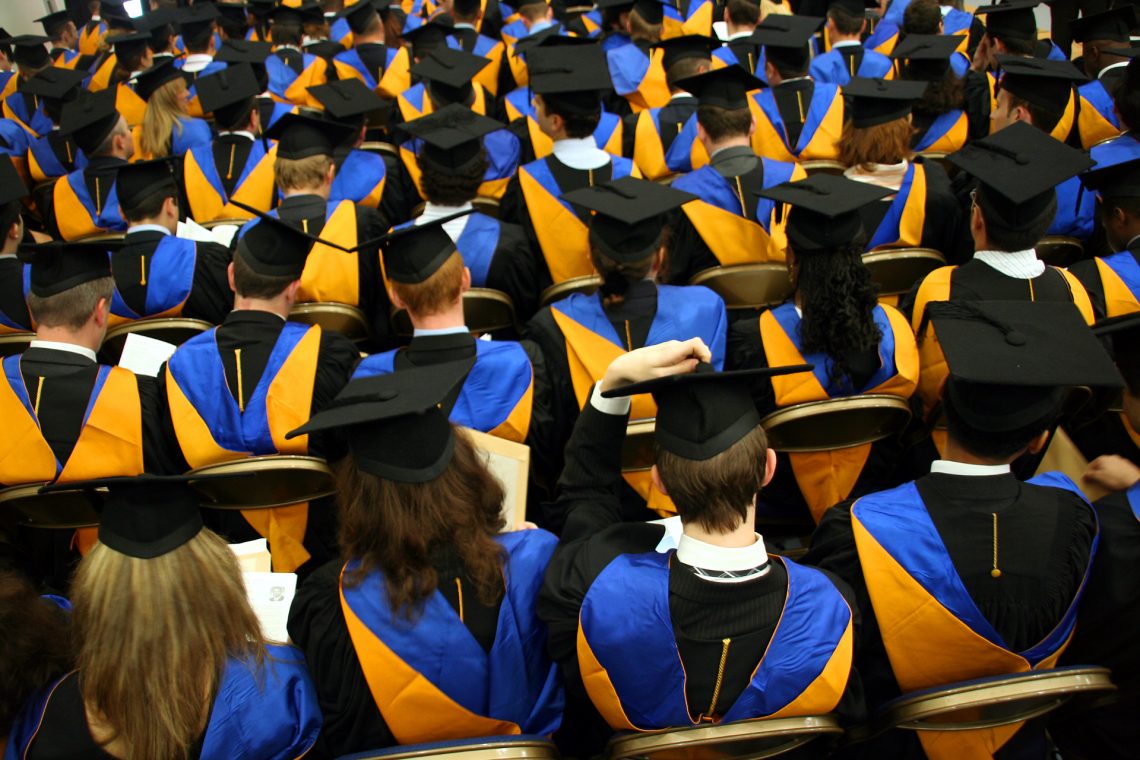 It’s normal for older generations to talk about how  great things were back when they were kids. People were honest. Families had values. Kids were respectful.  And so on. But, it is my belief that now happens to be a more extreme time of chaos simply because we are shedding  so many old traditions in favor of new, experimental models.

I’ve spoken with quite a few childless singles and couples and there is a rising concern about having the ability to raise children correctly. One man told me he was terrified  to have children because he didn’t think he could give his kids the kind of upbringing his parents gave him. “When I grew up,” he said, “we lived in a close neighborhood. All the  kids played together. I was surrounded by my cousins and extended family. I just don’t see many options to replicate  that experience.”

The concept of family or community is changing from what it used to be. According to the U.S. census, in 1960, 72% of people ages 18 or older were married. Today 50.2% are. Studies show that less people are attending  church or identifying themselves with a specific religion.  Neighborhoods aren’t what they used to be either. Recent data from the General Social Survey found that only 20% of Americans spent time with their neighbors in the last thirty  days. Four decades ago, a third of the population hung out  with their neighbors twice a week.

They say it takes a village to raise a child, but where do you find your village? Certainly, your neighbors are too busy. And  if you don’t go to church, where does your village of people with common values, traditions and beliefs exist?

It’s not all bad. There are reasons people are moving away from tradition. Over time as society changes, it makes sense  to explore new models. But, you don’t want your family to fall victim to wishy-washy thinking. You need solid guidelines  and principles to help mold your family. If your kids don’t get direction from you, they’ll get it by accident—from friends,  school, the Internet or whomever crosses their path.

Someone needs to teach them this stuff. When children  are growing, they need a tribe to create a sense of belonging and a structured belief system with traditions and rituals that  help them grow into competent adults. If this is not provided, it chips away at their sense of security and they search for their own place of belonging with, sometimes, disastrous results – especially if their easiest option for a “tribe” is a  gang or another harmful group. Or they simply get caught up in a sense of feeling lost, unable to move forward and become the capable adults they were meant to be.

In The Power of Myth, Bill Moyer’s asks Joseph Campbell about mythology in modern society. The following is the interchange between the two. Moyer’s words are italicized to differentiate between the two speakers:

“What happens when a society no longer embraces a powerful mythology?”

“What we’ve got on our hands. If you want to find out  what it means to have a society without any rituals, read The New York Times.”

The news of the day, including destructive and violent acts by young people who don’t know how to behave in a civilized society.

Society has provided them no rituals by which they become members of the tribe, of the community. All children need to be twice born, to learn to function rationally in the present world, leaving childhood behind. I think of that passage in the first book of Corinthians: “When I was a child, I spoke as a child, I understood as a child, I thought as a child; but when I became a man, I put away childish things.”

That’s exactly it. That’s the significance of the puberty rites.  In primal societies, there are teeth knocked out, there are  scarifications, there are circumcisions, there are all kinds  of things done. So you don’t have your little baby body  anymore, you’re something else entirely.

When I was a kid, we wore short trousers, you know, knee pants. And then there was a great moment when you put on long pants. Boys now don’t get that. I see even five-year  olds walking around with long trousers. When are they going to know that they’re now men and must put aside childish things?

What are some of the coming of age rituals common in our society? There’s graduation—from elementary school,  middle school, high school, and college. There’s learning to drive at 16. Religions have traditions, such as a Bar or  Bat Mitzvah in Judaism. But, more and more, traditions of  lifecycle development are disappearing. People are getting  married later, if at all. In 2004, Kathleen Shaputis wrote a  book about the “boomerang generation,” where kids go off  to college, graduate and move back in with their parents—a trend that has steadily increased in the U.S. since 1981.

There is a pervading mentality that the purpose of parenthood is to protect children from the harsh realities of becoming an adult. But, the problem with this kind of thinking is that no one knows when kids have transitioned into adulthood. It’s now common in our culture for people reach their 20s (or even 30s) without ever learning to cook, manage their finances, or live on their own. This is how a book like Adulting: How to Become a Grown-up in 468 Easy(ish) Steps has become a New York Times Bestseller. It covers everything from buying toilet paper in bulk to how to avoid hooking up with people at the office to how to find a good car mechanic.

I recently heard about a college orientation meeting in which all the parents were gathered together in a room. The speaker told the parents that their kids were adults now—in college! It was the parents’ responsibility to stay out of the business of their children and let them go through school without parental meddling.

Coventry Edwards-Pit wrote a book called Raised Healthy, Wealthy & Wise, in which she and her team interviewed a series of children of exceptionally wealthy families. In their interviews, they determined that there were four main components that successfully launched children into adult life.

In order to grow into happy, healthy adults children need to be taught how to:

1. Demonstrate an ability to earn their own money.
2. Motivate themselves to achieve personal goals.
3. Create a solid sense of self not wrapped up in issues related to wealth.
4. Overcome setbacks and learn from failure.

You will undoubtedly have your own set of criteria. Whether you’re wealthy or not, doesn’t matter. Your kids  need a path to becoming independent, self-sustaining adults.

One of the best ways to encourage the development of your children is to create your own set of rituals and traditions.

When your son or daughter graduates from high school, for example, what are traditions that can help with a transition to adulthood? Certainly, many high school  graduates go off to college. But what other family rituals  can you put into place to signify the transition?

Maybe a graduation trip. A special celebration dinner. A  letter from the parents with advice for the early years of  adulthood. These are the exciting things your kids will look  forward to. But, there should also be the not-so-exciting  things about growing up, such as they now have to pay for their own housing, buy their own clothes and so on.

The more specific you can be with your rituals, the better.  Perhaps you have special china that you only use for family wedding festivities, your formal Christmas dinner and for graduations and other important  celebrations. Maybe with each child’s  graduation, you tell the story of  how their great-great-grandmother struggled to earn her degree (the first  person in your family to earn one) and put food on the table during the Great Depression and now they are carrying on the family legacy by following in her footsteps. Maybe you have a special song or poem you create for each child to commemorate the new transition. Or a piece of jewelry they  can use as a reminder of the event and to pass on to their children one day.

Research your heritage. Where did your ancestors originally come from? What kinds of traditions  did they have? One of my friends  created a website for the Jewish community which tells of the tradition of giving children a Hebrew  name (in addition to their given  name) as a way to encourage the child’s growth and development. What sorts of traditions can you  create or become a part of? Another  family I know will not allow their sons to get their driver’s license until their have earned their Eagle Scout.

Start with the kinds of values you want your children to cultivate as adults and create traditions around that.  There are common age milestones marking new levels of maturity. Twelve. Sixteen. Eighteen. Twenty-one. Twentysix (when some psychologists say the brain has become fully developed).

Envision the ideal path. Should your children do their own laundry at age 9 and learn to cook by 12? Should  they have their first job or entrepreneurial endeavor by  15? Should they spend their 20s traveling and exploring  potential passions? What about college? What about  marriage and children? When is the right time? They will  begin to develop their own viewpoints on all of this and your role as a parent is not to force them, but to give them space to become themselves. Still, a structure for moving  from one life phase to another will give them a sense of time and place that has all but been lost in our culture of  adulthood reality avoidance. There is a time to be young  and irresponsible. There is a time to leave the nest. There  is a time to put aside childish things and your kids will be  far better off if you help them step into the joy and pain of  becoming a full-fledged adult