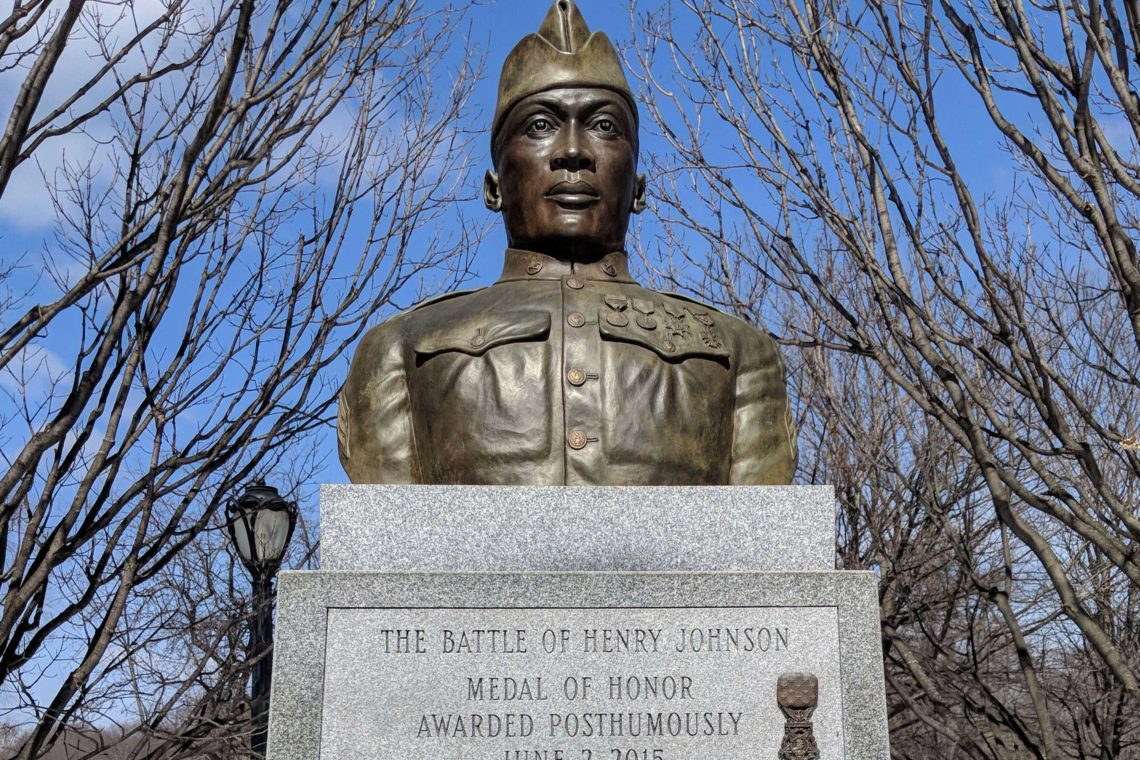 On June 5, 1917, Albany resident Henry Johnson enlisted in the first African American unit in the U. S. Army to engage in combat in World War I. On May 15, 1918, in the early morning hours, then-Private Johnson heroically fought off a German raid in hand-to-hand combat, saving the life of a fellow soldier. He was wounded 21 times. For his bravery, Johnson received France’s highest award for valor, the Croix de Guerre avec Palme, becoming the first American to receive this distinction. He received no military medals for his valor from his home country during his lifetime.

Sgt. Johnson returned to Albany in 1919 and struggled to readjust to civilian life and hold down steady work. He died, destitute, in 1929, in his mid-30s. He is buried in Arlington National Cemetery.

Sgt. Henry Johnson was finally recognized by the United States government for his service to his country when he was posthumously awarded the Purple Heart in 1996 and the Distinguished Service Cross in 2002. In 2015 he was awarded the National Medal of Honor — the nation’s highest military honor — by President Barack Obama.

“The story of Sgt. Henry Johnson is both inspiring and devastating,” said Jim Naughter, co-owner of Ferris Coin Co. “He was a highly decorated hero abroad, but he died destitute in his own country without receiving the full honors and support he was due in his lifetime. Some of his misfortune was the result of his speaking out about the poor treatment of his fellow African Americans in the military and at home, which makes him even more heroic in my opinion.”

In March 2018, Ferris Coin Co. of Albany announced a nation-wide competition to design the obverse and reverse sides of the medal with a $1,000 prize per side. An expert jury composed of esteemed professional artists and a representative of the 369th Veteran’s Association (the regiment Johnson served with) evaluated the contest entries. Artists of all levels from across the country submitted designs, including several artists whose work has been featured on U. S. Mint coins and one world famous medallic sculptor.

Though the jury was free to select any combination of designs, it chose both of Chris Costello’s designs for the front and backside of the medal. Costello’s artwork has appeared on 23 U. S. coins and medals, including one Congressional Gold Medal.

“My desire was to create a portrait of Henry Johnson that would be a little haunting with a living spirit captured in his eyes,” Costello said. “His solemn gaze at the viewer is a constant reminder to never forget the heroism, courage, and sacrifice of America’s military servicemen.”

“We’re thrilled to be working with an artist of Chris Costello’s talent,” said Mike Dozois, Ferris Coin Co. managing partner. “There were so many excellent designs to choose from, but our panel of judges felt that his artwork best captured the spirit of how our city is trying to inspire people with the story of Sgt. Henry Johnson.”

“Until recently, our business was headquartered just a block up from Henry Johnson Blvd. in Albany,” Demis said. “Commissioning this medal and contributing it to the annual Henry Johnson Award is our way of staying in touch with our roots and giving back to the community.”

“There is a national discussion right now about the lack of African Americans on U.S. currency. Harriet Tubman may become the first African American to appear on federally sanctioned currency,” Dozois said. “In the meantime, we are excited to feature an African American hero with ties to our hometown on a commemorative medal.”

The obverse presents Sgt. Henry Johnson in the foreground in uniform, wearing the French Adrian helmet, which was the helmet most commonly worn by solders of the 369th U. S. Regiment a.k.a. the “Harlem Hellfighters,” rather than the English or American “doughboy” helmet. In the background is a forest. The text reads: “Argonne Forest 15 May 1918” and “Sgt. Henry Johnson” and “Enlisted 05 June 1917.”

The reverse features Albany City Hall and a representation of adjacent State Street with a rising morning sun. The text reads “Sacrifice Today for Our Community’s Tomorrow” and “Honor * Duty * Service.”

Each medal is packaged with a serial number, certificate of authenticity, and a brief history of Sgt. Henry Johnson and an historic photograph of the 369th U. S. Regiment. (Costello also designed the packaging.) The medals cost $29.95, with $2 of every sale to benefit the 369th Veterans Association of Albany.

On June 5, 2018, the City of Albany celebrated its second annual Henry Johnson Day, marked by a ceremony that included bestowing of the Henry Johnson Award for Distinguished Community Service. The date was selected because it is the date upon which Johnson enlisted.

The new Henry Johnson coin-shaped medal was granted as part of the award. Through the Distinguished Community Service Award contest, members of the community nominate their peers who have made outstanding contributions to the community in the areas of arts and history, social justice, education, or community organizing. The purpose of the award is to recognize an individual who has gone above and beyond the call of duty but has not received formal recognition or public thanks for their actions.

Ferris Coin Co. donated 10 silver medals to be presented to the winners of the Henry Johnson Award for the next decade. This year’s winner, the first to receive a medal, was Jahkeen Hoke.

Medals are available to the public for $29.95 at Ferris Coin Co. and online at FerrisCoin.com. 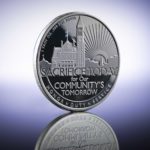 Trusted since 1930, Ferris Coin buys and sells gold and silver bullion, rare coins, flatware and paper currency, as well as gold and platinum jewelry for resale, repair or recycle. Four in-house experts offer appraisals for personal and estate collections, including diamonds, and can assist with getting each piece properly insured. In 1930, husband and wife Charlie & Arlene Ferris opened Ferris Stamp in downtown Albany, N.Y. at 402 Broadway. Later they incorporated coins into their business model as Ferris Stamp and Coin. In the 1960s, after her husband died of a heart attack, Mrs. Ferris sold the business to Wendell C. Williams who relocated the shop to Lark Street before relocating again to 114 Central Ave. in 1976. The business re-opened in its fourth location at 199 Wolf Road this August. Ferris Coin is now co-owned by Geoffrey Demis, a long-time employee, Mike Dozois and gemologist James Naughter. The newest Ferris Coin staff member is Brian Bucher, who founded Brittany Jewelers in 1987 and served as president from 1987 until selling the company this June. 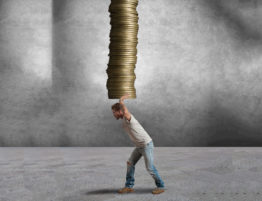 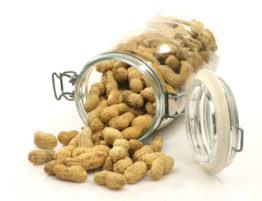 By Laura A. Roser Join Me in Mapping Out Your Life Last year my fiancé and… 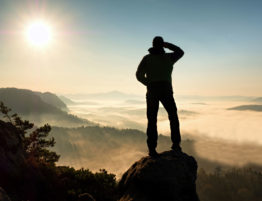 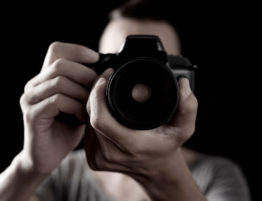 By Karen Long Capturing and Preserving Moments of a Lifetime Sure, it was ridiculous to even… 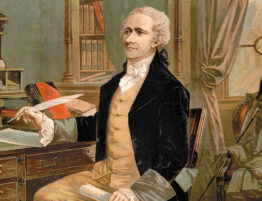 By Randy Petersen Overlooked No More Alexander Hamilton was always a second-string founding father, in my… 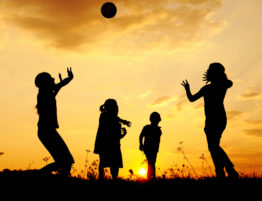 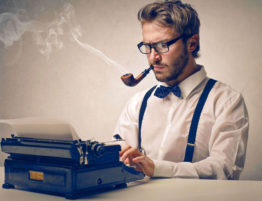 By Thornton Sully The number is now six. I started keeping count after three. That is…