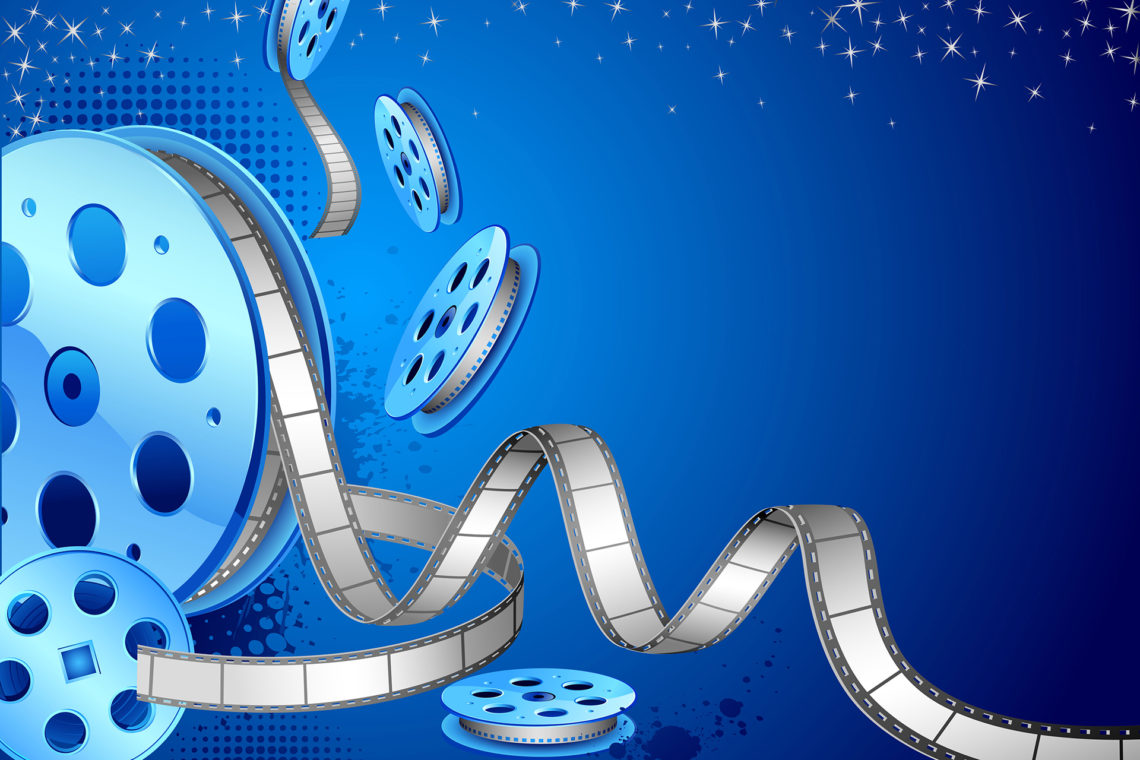 Filmmaker couple bringing fun and family to the sets, behind-the-scenes, and events of Hollywood.

My husband and I have spent the last few weeks going to the cinema every single day and thanking people for coming out to see our most recent film. Parker’s Anchor is our most recent romantic drama about loss, family, and starting over. Our film also handles the delicate subjects of infertility, divorce, birth choice, and adoption. Throughout our journey on the film festival circuit and then our theatrical release across multiple cities, we were approached many times by women and men alike who were touched by the subjects we explored in our film. There were a lot of hugs. And an occasional tear. This has been a deeply satisfying experience as a content creator. And it brings us back to making movies time and time again. Which is great because making movies is such hard work!

Ryan and I act, write, produce—and now—reproduce. We were unsatisfied with the low quantity and less than stellar quality of work that was within our reach during the writer’s strike in 2007. There was a huge drop in opportunity for everyone in the industry and thus began the wild west of the digital world. We went from web content, to award-winning short films, to narrative theatrically released features, and even a docu-series on filmmaking.

Ryan and I have started a family during this firestorm of content creation. If anything, parenthood has ignited our most significant push to make movies together. So, that’s what we do! We make movies and raise our kids in Hollywood.

I have been writing articles for MsInTheBiz.com, FilmmakingStuff.com, MotherhoodandHollywood.com, Artemis Motion Pictures’ #WomenKickAss Forum, and the Producer’s Guild of America’s magazine Produced By. I’d like to take this opportunity to interview my husband about his experience making movies and making humans in sunny LA.

JS: Hello, Ryan. You are an accomplished award-winning writer and producer having had several of your scripts produced and distributed, a proved leading man in five finished feature films, and an attentive father of 2 silly children who light up when you enter the room. Oh, and also a pretty rad husband. How do you manage to balance your work and family life?

RS: I try to keep a couple things in mind. One, is that family comes first. Especially in an industry with so much fluctuation. I find it is very important to not let our family take a back seat when it is the most constant thing in our lives. Two, is that family and work don’t need to be separate, at least in our profession. Yes, there are times that the kids cannot be on set with us or we need some space to write and produce, but as for the rest of the time – if you really try – then it’s not so hard to have your kids with you. We have brought our kids with us to film festivals and events at all ages so far. But in doing so, I try my best to be as respectful as possible to everyone there, including my kids.

I am aware that these events are not made for kids. People are there to see films, and they want to see them in the best environment possible, so I don’t bring my kids into the theaters (and I don’t keep them right outside the doors either). We strive to make sure that they are not disruptive. However, I also make sure that the experience is as fun as possible for my kids. Just because we are out in public surrounded by strangers doesn’t mean that I can’t make silly faces or make up stories or be a superhero (or more often a villain) in whatever magical make believe world my kids have created for us. I have had such amazing responses from people who enjoy seeing our kids with us. Most people love kids, especially when the kiddos are polite and having fun.

It All Starts with a Story

JS: We’ve had the pleasure of working alongside beloved experienced actors like Richard Karn, Penny Johnson Jerald, Corbin Bernsen, and Michael Beach. They have each spoken out about having taken roles in our films because of the script and wonderful characters. What is your personal script writing process?

RS: I am very fortunate to have a great script writing partner (side note to readers: it’s always good to throw compliments and butter up your interviewer). I like to spend a lot of time playing out the story and working through plot points and fun moments in my head to get a clear idea of what the story is before anything goes down onto paper or computer screen. During this time, I bounce ideas off my wife and brainstorm with her. However, I like to keep a handful of ideas to myself so that once my first draft is written, she can experience it as close to the way a new reader would engage in twists and turns. Then I start typing. As I write the first drafts, I pass the script off to Jennica to help get through some of the plot points. I then focus on creating the characters and their unique voices and working on trying to make the dialogue as real as possible. I do most of this between the hours of 9 pm and 3 am when the kids are sleeping, with a baby monitor in front of me to make sure they don’t need me.

When I write during the day, I often have a little more of a difficult time getting into a good flow, because as I said before, family comes first. So, if I’m writing and my son asks me to play or read him a book, then the writing stops and the fun commences. But I also try to do at least some of the writing while I am with him during the day so that he sees what I am doing. He has an old computer of ours at which he sits and writes or plays with GarageBand while I’m working. And in those moments I just want to keep writing so that he will keep playing and warming my heart. 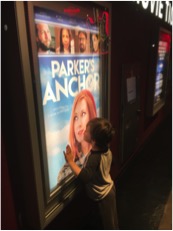 All in The Family

JS: You and I have been outspoken and complimented for our family oriented filmmaking perspective, education initiative, and taking our kids with us no matter where we go. What has your experience been raising our family in the heart of Hollywood?

We have brought our kids to meetings with industry professionals, we have brought our kids to set with us, and we bring a bag full of toys for them to play with and an iPad or phone for them to watch something for a short period of time. Doing this shows people who we are; we are regular people with kids. That doesn’t take away from us being able to be talented professionals and our finished films. But our kids are also who we are. We are parents, we are fun people, we are creative loving people who like to bring this childlike creativity and playing spirit to every step of our work. No matter where you are – Hollywood, Arkansas, Maine, Nebraska, or what job you have – you still want to instill good values into your children. So the fact that we are in the heart of Hollywood doesn’t affect us too much, but we are intentional about the choices we make.

JS: Your most recent movie, Parker’s Anchor, has left theaters and will be on DVD shelves January 9) our sex-trafficking crime drama, Ridge Runners, will be out February 2018, director Marc Hampson’s music centered indie drama Before The Lights Come Up (on which we both hold leading roles), and your headlining role in thriller The Man in The Trunk will all will be released in 2018… as if that wasn’t enough, what are you working on right now?

RS: Right now we are working on spreading the word on all of the films that you mentioned because we want people to see our work. We are proud of it and we have gotten such great feedback from people who see it that we want more people to see it and enjoy it and as Independent film makers with no studio backing, We are the ones doing our marketing and spreading the word on our films. In addition to that, we have a couple different scripts that we are currently writing and very excited to shoot. We are hoping for and waiting for some magical person to show up and offer us some leads on investors who see what we are doing and want to be a part of it so that we can make more movies and we can grow our movies to bigger productions with bigger audiences. On top of all of that, I am playing with my sweet, imaginative little boy and my adorable and energetic little girl. I am being a Dad. 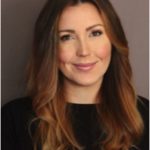 Jennica Schwartzman, a member of The Producer’s Guild of America, loves tackling a project from idea to distribution. Jennica has been published in the Producer’s Guild Magazine Produced By, she is a guest writer on the acclaimed entertainment industry websites MsInTheBiz.com, FilmmakingStuff.com, Artemis Motion pictures’ #WomenKickAss Forum, & WomenandHollywood.com. Jennica has been asked to speak about her experience on the lauded podcasts “Inside Acting,” “Motherhood In Hollywood,” and “Big Birth Junkie.” She has been invited to speak on film festival panels, and is a teacher and workshop speaker for The International Family Film Festival’s Road Scholars intergenerational filmmaking camp. Some of Jennica’s most memorable articles are shared yearly in the indie filmmaking community: “Film Festival Series Part 3: How to Kill it in your QnA,” “How to Break it to your Parents that You’re an Indie-Work-At-Home-Parent-Filmmaker,” and “Why Can’t I Work on Your Film for Free?” Her films have collected top awards from Bentonville Film Fest, Big Bear Lake Int’l Film Fest, Eureka Springs Indie Fest, Film Fest Twain Harte, Worldfest Houston, Fayetteville Film Festival, The Int’l Family Film Fest, and the highest honor from The Dove Foundation. Jennica and her husband/producing partner/ writing partner, Ryan, have 2 kiddos that seem very supportive but don’t quite understand what theirs parents do. Follow Jennica at the following: