Consensus, Not Fiat, in Family Governance

Thomas Rogerson’s approach to preserving family wealth is as much about trust and communication as investment and tax planning.

In the popular consciousness, inherited wealth is probably linked most closely to the Paris Hiltons of the world — the spoiled child who never worked for anything, out squandering the family fortune. The solution — again, in the public’s mind — is a tightly controlled trust fund or else the Warren Buffett solution, which is that wealthy parents should give their children “enough money so they would feel they can do anything but not so much that they could do nothing.”

The reality of family wealth is, of course, far different. In truth, all too often the wealth disappears within a generation or two, and not because of spendthrift, globetrotting children. In one study of 3,500 families that had wealth at least one generation ago and lost it, 60% of family members said they lost the wealth because of a lack of communication and trust.

Thomas Rogerson, an authority on family governance with over 30 years of experience, knows that truth only too well. “My father came from American royalty. His grandfather, Charles Rogerson, was president of Boston Safe Deposit & Trust Company, which became the largest financial institution in the Northeast. He had a lot of money — even by today’s standards. In fact, the foundation he started in Boston still has over $1 billion,” explains Rogerson. “His estate plan left the bulk of his wealth to his descendants, yet today it’s entirely gone — not because of bad investment or tax planning, but because of how the family handled it. It’s a loving, fantastic family, but my great-grandfather made all the decisions about the wealth on his own behind closed doors, so the next generation never learned to make any decisions of consequence about money.”

That loss ultimately drove Rogerson’s career choices. After college, he joined Merrill Lynch with the notion that he could “help families preserve their wealth better than mine had.” Before long he turned to estate tax planning, in part because at that time — the early 1980s — the tax laws were undergoing significant change. He rose to become national director of tax planning at Kidder, Peabody & Company and served in similar roles at State Street Global Advisors and BNY Mellon, but eventually he grew disillusioned with the brokerage industry. “I felt it was difficult to truly help families because the compensation structure in the industry is aligned in favor of Wall Street, not the clients.” He joined Wilmington Trust in 2011.

Years before, he had read a book by James “Jay” Hughes, known as the “father of family governance,” and in his time at State Street added family governance to his estate tax planning process. “I could talk to clients about the tax benefits of generation-skipping trusts and foundations but also explain to them how to introduce the concepts to their family so that they would be well-received.” However, it was his experience with a client at Mellon who helped him realize he needed a new approach.

Rogerson explains, “A married couple I was working with told me one day that they had accepted everything I had told them, but it simply wasn’t helping. They said, ‘On one hand you tell us that your family lost its wealth because your grandfather insisted on controlling everything, so the next generation never learned to manage it, yet you’re telling us how to establish family governance for our children. Shouldn’t you be teaching the children?’ They had a point. It’s the next generation that needs an advocate.”

That realization led him to develop a model of family governance that is almost unique in the industry. “I would say that 95% of people in the family governance space start with a family governance plan that is prescriptive and regimented,” he says. “My goal is to create three things: buy-in, ownership, and empowerment. I don’t let the parents make governance choices for the family; I tell them to let the family decide.”

Rogerson’s five-step process is designed to build interdependence, communication, and trust. “Poor families aren’t lucky in many ways, but they do have one advantage: they have to be interdependent and communicate. Every financial decision means potential sacrifices for every family member, so there has to be buy-in. Wealthy families focus on independence, but as a result they don’t learn as much about or from each other.” He adds that the irony among wealthy families is that the business owner who is trying to raise independent children goes to work and expects the exact opposite — interdependence and teamwork — from his or her management team.

The first step is to educate the family about the issue. “They have to understand the potential pitfalls for family wealth as well as possible solutions.” Rogerson’s family story provides him instant credibility in this regard. “They understand that I’m not just talking about things I’ve learned in theory; these are things I lived through.”

The second step is to learn the communication and leadership style of each family member — their own included. “Decisions about family wealth often reveal that family members may love each other but yet not trust each other to make the right decision.” Rogerson uses the ILS model, which divides decision-making styles into the Director, who is all about results; the Persuader, who is impulsive and talkative; the Counselor, who is all about the people involved; and the Analyzer, who wants details and data in order to make the right decision. “It’s not always the parents who try to dominate things,” he explains. “The children who are directors and persuaders start by acting, and they may be making decisions before the counselors and analyzers, who start by thinking, have had time to reach a conclusion. Those different decision-making personalities have to learn how to work together.”

The first three steps typically take about half a day in one family meeting. After that, the fourth step is to practice making decisions together. “I recommend that they start with low-consequence issues to the family, such as family philanthropy or family vacation planning. That lets them work out their family decision making process.”

The fifth and final step is healthy family governance. “This should be the destination, not the starting point,” Rogerson explains. “Too many family governance plans are dictated from the outset and rigid and regimented.”

Rogerson’s work goes beyond this five-step process. He also helps families develop curricula for “the things the children won’t learn at school and wouldn’t learn independently — family philanthropy, family entrepreneurship, family education.” He has also developed a specialty trust for funding family meetings well into the future after the parents are gone. “I’ve found that the meetings tend to fall by the wayside because no one takes responsibility for planning them. Having a source specifically to fund everyone’s attendance helps keep them going.”

“A Chinese proverb says, ‘You don’t have enough money to give your children the blessing of growing up poor.’ We’ve succeeded in creating interdependence among highly separated children in their forties and fifties, so I say it’s never too late,” Rogerson says. “Any family can benefit from these ideas, but for wealthy families, they are crucial to maintaining wealth.”

As a recognized leader and pioneer in family governance, Thomas Rogerson introduces clients throughout the U.S. to his “5 Steps to Healthy Family Governance,” which assists families with communication, philanthropic vision, legacy planning, succession, and education. Rogerson joined Wilmington Trust in 2011 with more than three decades of experience in wealth management industry. For over a decade, he has provided guidance and education to help prepare families as wealth is transitioned from generation to generation. This extensive knowledge and experience with families is of great benefit to the members of the National Association of Estate Planners and Councils as Tom serves on the Multi Disciplinary Teaming Committee. Rogerson is an international speaker on the topic of family governance. 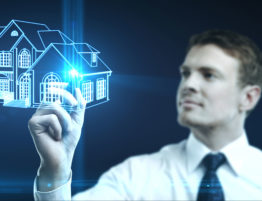 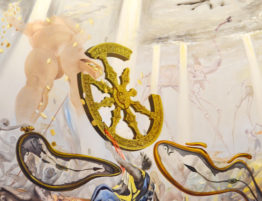 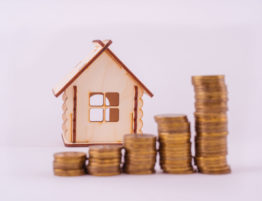 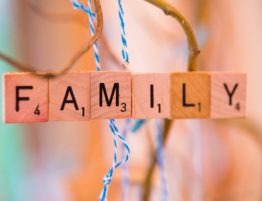 By Tom Deans, Ph.D. Time: Deciding to hold a family meeting to discuss and design a transparent… 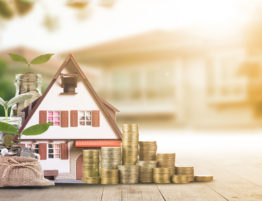 By Steve Marken The general story is all too tragically familiar. The last statement and legacy… 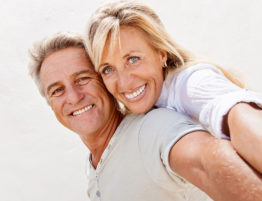 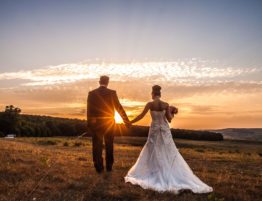