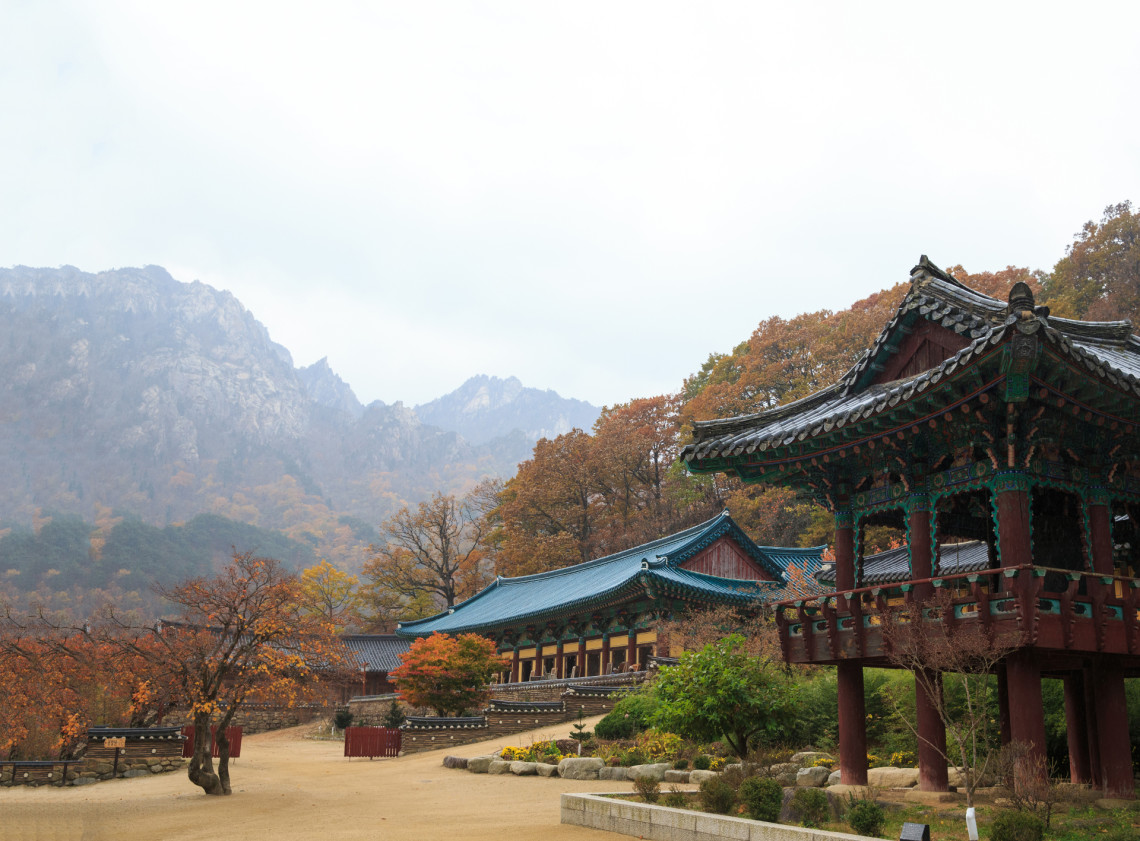 Korea, the ancient “Hermit” Kingdom, as it was once called, remained enshrouded in mystery for much of its time. Romantic tales told of a land that wore the ocean fog like a pale cloak. A strange people emerged from behind its veil, bearing gifts of ginseng and other tribute for the mighty emperor of China. Bandits and lurking dangers often roamed the path to that unknown land for those brave enough to wander the Peninsula.

This enigmatic kingdom would see many invaders over its history: China, Russia, Japan, and even the Mongols. Yet, nothing prepared Korea and its people for the challenges it would face when Japan annexed it in 1910. During a 35-year occupation, much of the country’s identity would become threatened. And even after its liberation, Korea would have to survive an all-consuming war as it struggled to piece itself back together in a tenuous modern world.

General Douglas MacArthur remarked in his 1951 farewell speech to Congress: “of the nations of the world, Korea alone, up to now, is the sole one which has risked its all against communism. The magnificence of the courage and fortitude of the Korean people defies description. They have chosen to risk death rather than slavery.”

Born out of Heaven

There is evidence of pottery on the Korean Peninsula dating back to the year 10,000 B.C. in the Paleolithic Era. Yet, what we have coined as “Korean” culture supposedly only took place from the year 2,333 B.C.

Hwanin (환인), the “Lord of Heaven”, had a restless son named Hwanung (환웅) who yearned to live among the earth. Hwanin permitted his son to descend onto Paektu Mountain (백두산) with 3,000 followers. There he established the “City of God” upon that mountain and called it Sinsi (신시). With the aid of the three holy spirits: clouds, rain, and wind, he instituted laws, moral codes, and taught humans of art, medicine, agriculture, and other various wisdom.

The legend continues that a bear and tiger prayed to Hwanung that they might become human. After hearing their prayers, Hwanung gave the two animals twenty cloves of garlic and a bundle of mugwort. He commanded that they only eat these foods and stay out of sunlight for one hundred days.

The tiger gave up after twenty days and left the cave, but the bear persevered for all one hundred days. She was transformed into a human woman named Ungnyeo (웅녀). But the bear-woman grew lonely and prayed again to Hwanung that she might have a husband in order to bear a child. Moved by her supplication, the mighty lord took Ungnyeo for his wife and she soon bore him a son named Dangun Wanggeom (단군왕검). Dangun succeeded his father and founded the kingdom of Gojoseon (고조선). There he reigned for 1,500 years until he surrendered his throne at the age of 1,908. Dangun then fled into the mountains and became an immortal spirit (Sanshin, 산신). The earliest written record of this creation myth was found in the 13-century Samguk Yusa (삼국유사).

Many cultures have preservation methods for their food, but few employ those methods as prevalently as the Korean people. We have all heard of kimchi, but dismiss the food as commonplace and then trivialize it with the existence of German sauerkraut. But Korean ingenuity does not end with cabbage; there are salted seafoods, fermented pepper pastes, soybean pastes, soy sauces, endless aged vegetables, onions, garlic, and brewed rice wines.

Indeed, these preserving techniques command such respect that they are even found within the creation myth of Korea. If the bear-woman Ungnyeo had to survive for one-hundred days only on mugwort and garlic, these foods must have been prepared in such a way that would have allowed them to endure.

And certainly the enduring quality of these foods is a reflection of the Korean spirit. These seasonal foods may be eaten and enjoyed throughout the year, regardless of the bitter winters and sweltering summers. They are the cornerstone of every meal. They cut with sharp sourness, a salty tang, and that lovable, lingering spice. And these dishes fill the tables and bellies of the Korean people today as much as they did 100 years ago.

These unique recipes are not simply a means of food preservation, but also a symbol for preserving culture. Japan did what any smart invader would do: they sought to rob the Korean people of their cultural identity; but this aggression was not met without resistance.

All publications were censored and many innocent people were drafted into labor camps or forced into prostitution. Resistors were reprimanded by beatings and imprisonment, and often executed or raped. The traditional top-knot male hairstyle was phased out and many of Korea’s artifacts and other cultural treasures were plundered or destroyed. The occupation brought a total upheaval as to even force some 80% of Koreans to change their names to those of a Japanese etymology.

But a fiery resentment nestled itself in the hearts of the people and a yearning for independence – for the old days of their kin would compel the people to resist their oppressors. Christianity and communistic ideologies would flood into the Peninsula, liken to the words of Moses among the Hebrews of Egypt.

One undoing measure for the Japanese was the removal of Chinese from Korean education. Surprisingly, the Japanese instituted that Korean language be the sole and mandatory written system used among the Korean people.

This renewal of their national tongue bolstered the resolve of the people to fight and gave them greater leverage in their resistance. In addition, literacy and school attendance rates increased dramatically, which also furthered anti-Japanese activities.

Like the salty, sour, delicious flavors of a well-aged kimchi being plucked from out its earthen vessel, the people would endure and discover the ancient beauty that had been hidden away for those lost decades. It was old and withered, but strong and ready for the sunlight.

Wandering in the Wilderness

After the defeat of Japan, Korea was left with a confused identity. It would be split by pro-capitalist and pro-communist leaders. Though neither one side was much better in terms of humanitarian regards at the time, this state of confusion left a wounded people with a blind-folded vision.

Five years later, war would rock the Peninsula. Stalinist-backed invaders from the north would invade the south. Unlike the foreign Japanese, these foes were kinsmen. They wore the same face, sang all the familiar songs, and called the misty mountains “home”. Yet, two fiery ideologies would join brother against brother in bloodshed to poison the land of their forefathers.

If the Japanese impoverished the spirit of the people, then the Korean War of 1950-1953 made decrepit the body. In the aftermath, this seemingly tiny nation was decimated and made a smoldering wasteland.

Out of the Ashes

Surprisingly, the story did not end there. Like all great tales, and perhaps similar to the small embers of a spent fire, the faith and determination of the children of Heaven glowed and whirred under settling dust. With their heritage nearly blotted out and their rocky home a glowing inferno, what was left to cling to? What legacy could possibly survive?

But it was their very hard, unwillingness to give in to the temptation of defeat that was their inheritance. They had already seen the abyss and now any effort or small victory meant only a brighter tomorrow, no matter how meager the action. With little to no natural resources and a severe lack of education and other proper technological systems, Korean had to rapidly change its focus.

The country quickly became education-obsessed and the excessive working schedule of its citizens brought about a socioeconomic change unlike any other in history. These later years of course can be debated as negative in many senses, but there is indiscriminate proof that these actions produced the abundant reality we see today. From one of the poorest nations in the world, Korea rose to 11th largest economy in less than 40 years.

It was the attitude that anyone could improve themselves that changed Korea. There was always a way to become better. And this trait is still very much alive today. Koreans regularly go to academies after their work is finished or their classes are over to further themselves in a certain subject, most notably English. The quest for improvement stretches itself to gyms, bone-lengthening procedures, and plastic surgery clinics. The cosmetic industry is booming and zounds of young people regularly adjust their hair in mirrors and windows, always eyeing that “perfect” look.

But there comes a time when any people must sit a while and enjoy the fruits of their labors. It is the opinion of this author that the Korean people need to seal up that legacy — that will to endure — back into the crock and place it among the other kimchis. There it will rest and become even more powerful for the time when the people need its galvanizing flavor when pitted against the odds of adversity. 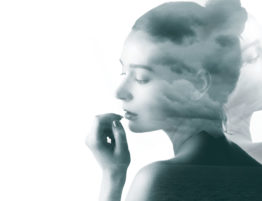 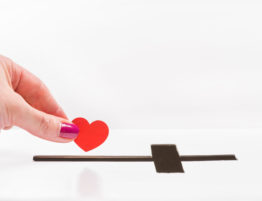 By Merlin Buhl As soon as I turned the ignition key, the speakers erupted to…