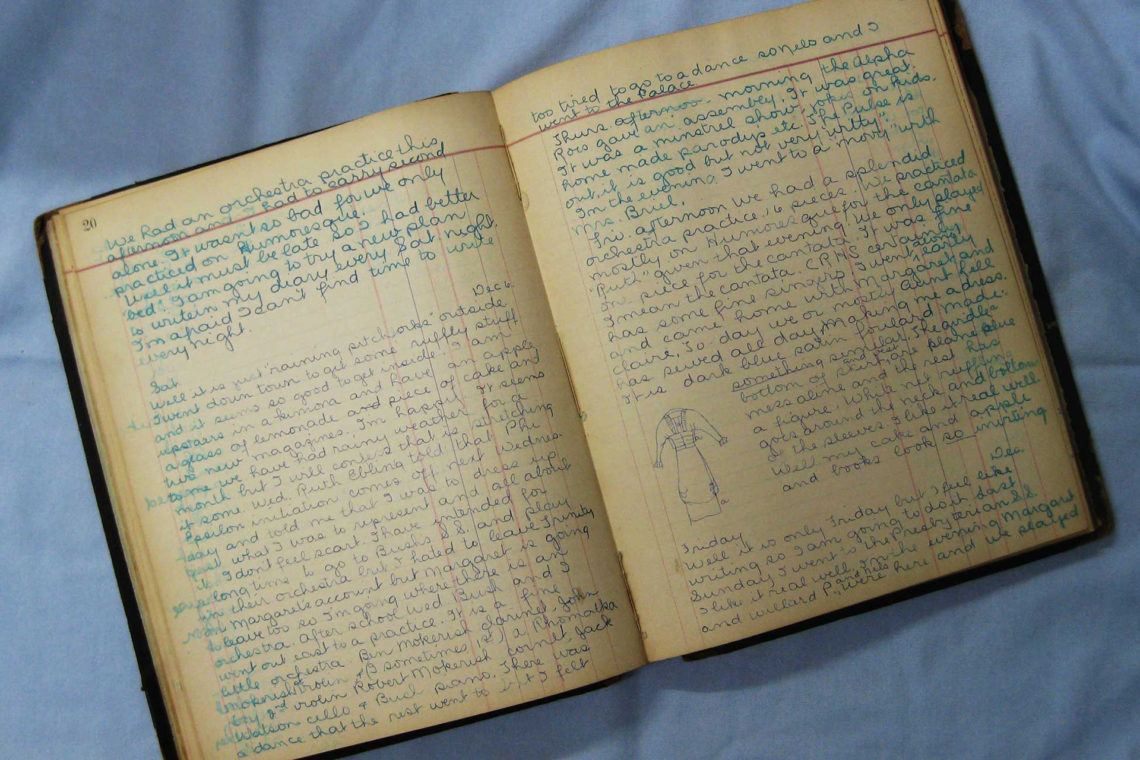 We will be known forever by the tracks we leave.
—Dakota proverb

After a food-poisoning incident made it clear that my then–95-year-old father-in-law could no longer live alone, my husband and I helped him move in with us. Over the next year, in Dad’s various day trips to his home, he would bring back boxes and stacks of a variety of things, filling his large bedroom here to capacity. A year later, due to his need for increased caregiving due to memory problems, we moved him, along with selected belongings, to a nearby memory-care residence. We steeled ourselves for the task of deciding what was worth saving from his bedroom in our home, and began to plow through a mountain of photos, albums, and personal papers that only a hoarder could amass. For two months we persevered and were happily rewarded by the discovery of a treasure trove of memories.

We know that attention to genealogy, DNA findings, and exchanging stories with living relatives draws families together. But I was surprised and delighted to discover that getting acquainted through written memories with relatives I’d never met was heartwarming and powerful as well.

Two old diaries written early in the 20th century by Brant Lowell (Kent) Smith, the mother of my 97-year-old father-in-law, were the cream of the crop. But also among these stacks, aside from over a thousand old photos, we found several treasures from Dad’s mom: three captioned photo albums spanning the years 1913–1940; an autograph book belonging to Brant’s mother, Leila (Bressler) Kent, containing friends’ and relatives’ signatures dated between 1884 and 1888; and those two precious diaries Brant had written (1913–1920 and 1938–1939).

Until we showed Dad these diaries and autograph book, he had not even been aware they existed—even though he’s the one who had stored them all these years.

Those two diaries represented key times in Brant’s life. The earlier diary related her experiences in her junior year of high school in the small town of Waverly, Iowa, and in her senior year living with her aunt in Cedar Rapids to complete her high school education after her parents had left for White River, South Dakota, to establish a homestead adjacent to the one belonging to Brant’s grandparents. That diary mentioned her social life, her participation in high school orchestra and a girls’ sorority, and her hobbies of china painting, sewing, and tatting. After high school, she joined her parents at their desolate South Dakota homestead. There she embarked on new and sometimes dangerous adventures in and near the Badlands. She also joined a community orchestra that performed for dances both near and far. She played second violin, and the instrumentalist who played the cornet and managed the orchestra was the man she soon began dating and eventually married.

Tucked inside that diary was an especially moving entry on notepaper, dated November 11, 1917, just seven months after the United States declared war with Germany in World War I. It was heartbreaking to read of Brant’s distress over the early months of America’s involvement, her concern that the war was expected to last three years, her sorrow at the posting of the first of America’s casualties, and her dread of opening the letter she knew she would receive the next day, telling whether her boyfriend (the man she later married), who had enlisted in the army the previous June, would be shipped off to France to fight in the trenches.

In the time span of the latter diary, Dad’s younger brother was eleven and twelve; Dad was sixteen and seventeen. Dad’s brother learned to swim well. Dad got his driver’s license in April 1938 and four months later had a serious automobile accident. This diary contained frequent allusion to the hard times of the Great Depression as well, and how Brant and her family were coping financially. Her husband had been unemployed for a year. She, as a stenographic secretary for a plumbing manufacturing firm, was the family breadwinner, even though her work hours had been cut back by a half day each week. In the back yard of Brant and her husband’s South Gate, California, home, Brant’s parents slept and occasionally cooked in their own two-room house (a small bedroom and kitchenette) that her father had built using the sturdy wood from apple crates he collected from a friend, the produce manager at the local Red Top grocery store. (Building and selling items such as doll houses and carriages made from apple-crate wood had been his money-earning hobby.)

Brant’s diary entries were engaging to read. In the latter diary, for example, she described how her husband was trying to contribute financially by going into partnership with a couple of other men to mine, at two or three southern California locations, cinnabar ore from which to extract mercury and gold. Unfortunately, no successes were reported during those two years, although hope always persisted. Meanwhile, Brant took in sewing for extra income. Besides her money-earning activities, she still maintained the household, offered her husband moral support, raised two growing boys, cared for her aging parents, cooked meals, and canned large quantities of fresh fruit whenever it was given or available at a bargain. She even found time to visit regularly with a terminally ill friend. It was heartrending to read Brant’s accounts of all these time demands and hardships, and I gained great admiration for how she handled them. She had such a big heart.

She finally took time for herself on Valentine’s Day in 1939 to visit the doctor and find out why she had diminished energy and chest pains. The diagnosis was, ironically, an enlarged heart, and she went on digitalis medication.

Unfortunately, just three years after that diary concluded, Brant died at age 47 of complications from her condition, now called cardiomegaly. Sadly, she died before she ever became a grandmother, so none of her grandchildren ever knew her.

Brant’s diaries had faded and the older one had some water damage, so I transcribed their contents, scanning drawings and including their images as I went. The results were saved into two PDF files that I then made accessible to my husband, as well as to Dad’s nephew and nieces (the adult children of Dad’s brother, who passed away in 2017).

Having not only transcribed the diaries but read them aloud to both Dad and my friend and mentor who loves history, I now feel especially close to Brant. Indeed, if Brant and I had been of the same generation, I would have hoped to consider her my good friend.

This past July, my husband and I drove to see his three cousins in California’s Central Valley. We had a great reunion with them, their adult children, and one of their grandchildren. Another important reason for this trip was to deliver to Cousin Susan, the family historian / genealogist, all these photo albums, loose photos, and the two diaries, and to show them to all the cousins. Everyone enjoyed seeing those mementos after our potluck dinner, and we all had a great time.

Susan, despite her prior genealogical research, had very little information available regarding Grandmother Brant. What we were able to bring Susan, coupled with the diary transcriptions, has changed all that. She and her siblings, along with Dad, my husband, and I, now know and love Brant as a treasured mother and grandmother. Indeed, Susan’s older sister, Robbi, later wrote to us, “Finally! Our mystery grandmother will have a place in our hearts and will be woven into our family’s tapestry of history.” 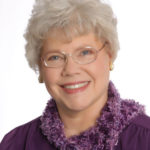 Lynette M. Smith is a professional copyeditor (AllMyBest.com) and author of the comprehensive reference book, How to Write Heartfelt Letters to Treasure: For Special Occasions and Occasions Made Special, available at all major online retailers and from her publishing website, GoodWaysToWrite.com. Lynette says, “It was unexpectedly rewarding to get to know my grandmother-in-law through her diaries and photos. You, too, can enjoy a rewarding experience, not only by exploring your own hidden family treasures—letters, photos, diaries, and even autobiographies—but also by documenting your own stories for future generations.”