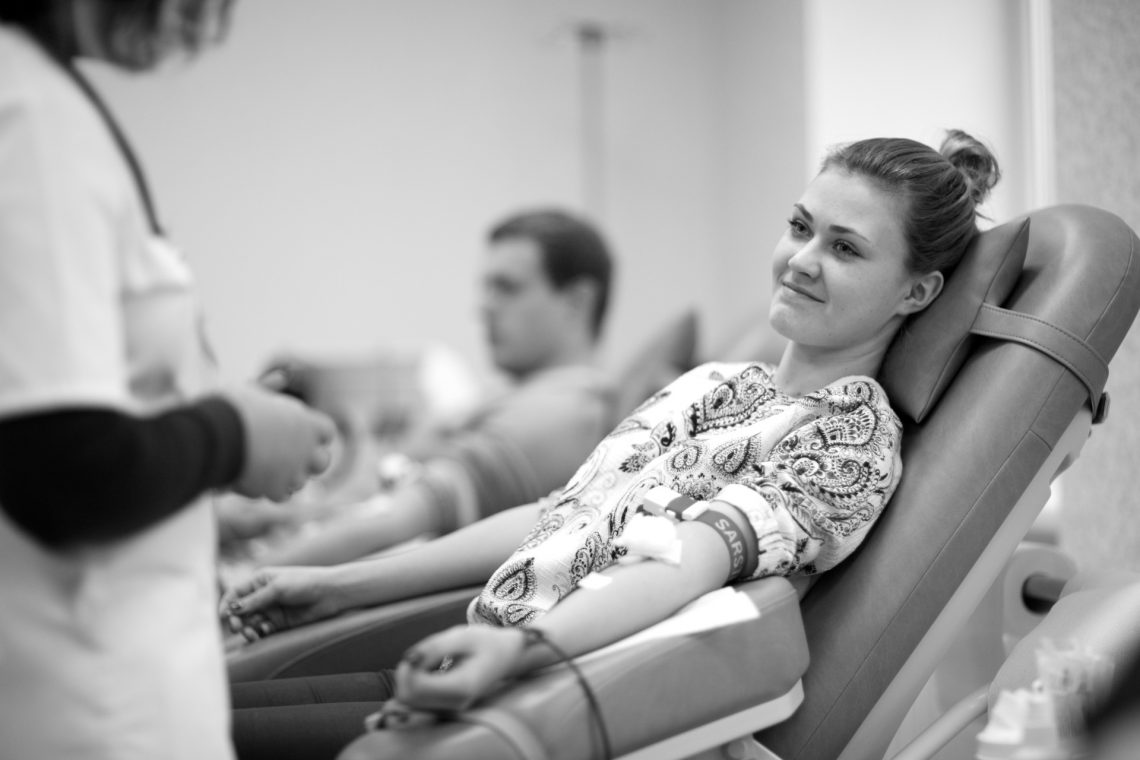 How Gail McGovern, CEO of the American Red Cross, Continues Her Legacy While Giving Hope to Others in Times of Need

Even after eight years, I still haven’t quite gotten used to looking in the eyes of someone who has completely lost everything,” says Gail McGovern, CEO of the American Red Cross, “it breaks your heart every single time.”

The American Red Cross delivers about 40% of the nation’s blood supply. They respond to nearly 66,000 disasters every year. In Washington DC alone, they respond to over 500 disasters per year– most of which are house fires. “We give people a blanket, comfort, hope, a hug, place to sleep, clothing, shelter. It’s really quite remarkable,” states McGovern.

Certainly the Red Cross is well known in the US and around the world for its humanitarian efforts, but what I wanted to know more about is Gail McGovern, a woman who left corporate America to become the head of this amazing organization. After just a few minutes of speaking with McGovern, you can feel her heart. She loves the people she serves and is often right in the middle of responding to disasters, comforting people and giving hope along with her staff and volunteers.

Gail talks about meeting with victims of various disasters. “They always say, ‘I’m going to figure out how to build back up.’ The courage and resiliency mixed with the heartache of losing everything is really unusual. And, on some level, it restores your faith in our country.”

Giving back has been a part of Gail’s family for generations. She remembers how loving her grandparents were and how her mother and father created an environment of giving. When her father retired from his medical practice, he threw himself into charity work. He received his license in mediation and started placing children in the foster care system, earning him the New Jersey Volunteer of the Year Award. It was that example that inspired her.

As a girl and young woman, Gail says she spent much of her time as a volunteer. Then her career took off and her daughter was born and she just didn’t have the time to contribute as she would have liked. She still kept up some involvement by serving on the board of nonprofits for causes she cared about and organizing fundraisers for the United Way and other nonprofits. Still, much of her effort was focused on being the President of Fidelity Personal Investments and before that Vice President of AT&T Consumer Markets Division.

When the Red Cross contacted her about a position as CEO, she was a faculty member at Harvard Business School. “Everything clicked in my brain,” she says. “It was an opportunity to make a difference in the lives of others in a way that I had not experienced up until that point.” She accepted the position immediately.

A Legacy in the Making

When I asked Gail what she enjoyed about her job, she told me, “the list is pretty long.” The first thing she listed was her phenomenal team. “They have no agenda,” she says, “they just want to do right to the people we serve.” They are smart, kind and mission-driven – unlike anything she’s ever experienced (and she’s worked in extremely high-performing teams).

She loves the service they perform, such as installing smoke detectors in vulnerable communities. They’ve already had reports of 131 lives saved. “It’s not that many people who can wake up in the morning and say, ‘Wow, the work I’m doing is saving lives.’”

She is always so grateful to the donors who give blood. “These are people who open up their veins for a stranger. When you think about that, it’s really profound.” She’ll speak with the donors and ask them why they donate and some have unbelievable stories of loved ones who were saved or a child who is going through a tough time medically, but “most people will tell you, it’s the right thing to do.”

“Out of all the jobs I’ve ever had – after 28 years in business and 6 years in the classroom – this is, without a doubt the best job I’ve ever had in my entire life.”

Gail J. McGovern joined the American Red Cross as president and CEO in 2008, and has taken a strong leadership role at the nation’s leading emergency response and blood services organization.

Under her direction, the Red Cross has become more effective in fulfilling its mission and is better prepared to face current and future challenges. Her transformational initiatives have led to improved financial stability and have expanded the reach of lifesaving Red Cross services. McGovern has initiated extensive modernization projects at the Red Cross. Among them are an overhaul of Red Cross IT systems and the growth of the organization’s leadership in social media and mobile technologies – including the introduction of a series of free apps that put lifesaving skills at people’s fingertips during emergencies.

McGovern was recognized by Fortune magazine in 2000 and 2001 as one of the top 50 most powerful women in corporate America.